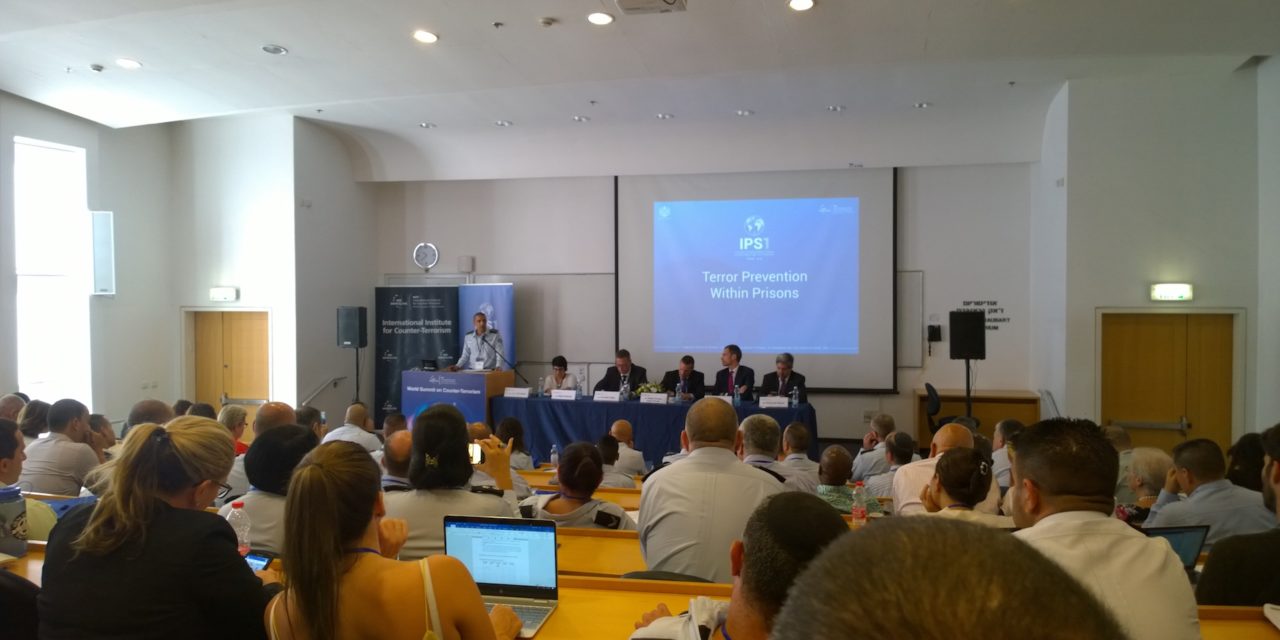 As part of a series of research papers on prisons, radicalisation and terrorism, Dr. Paul Burke of the Counter-Terrorism Ethics (CTE) team was invited to attend the first annual conference hosted by the Israeli Prison Service (IPS). The event covered a wide area of practitioner presentations from a variety of liberal democracies including Israel, Denmark, France, Spain and Portugal.

The conference presentations highlighted that while many countries are facing a terrorist threat, the nature and context of this threat differs among countries, even those with common borders such as some of the EU states. The legislative frameworks under which terrorism is dealt with also differ considerably between countries, meaning that not all approaches are permissible for every country.

In addition to topics such as radicalisation in prisons and the methods of dealing with those convicted of terrorist offences, the conference also covered the ways in which terrorist inmates communicate, operate and plan within the prison environment. Several actual cases were discussed, and examples of smuggled cellphones, home-made weapons and written operational directives were also displayed. One example is shown below.