Corruption and Anti-Corruption in Policing—Philosophical and Ethical Issues 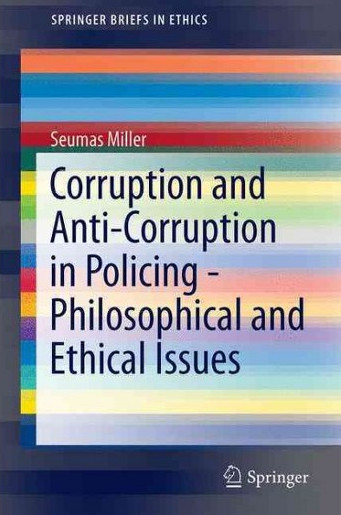 High levels of police corruption have been a persistent historical tendency in police services throughout the world. While the general area of concern in this book is with police corruption and anti-corruption, the focus is on certain key philosophical and ethical issues that arise for police organisations confronting corruption. On the normative account proffered in this book the principal institutional purpose of policing is the protection of legally enshrined moral rights and the principal institutional anti-corruption arrangement is what is referred to as an integrity system. The latter includes oversight bodies with investigative powers and internal affairs departments  as well as specific devices such as early warning indicators, professional reporting mechanisms and integrity tests. Key concepts analysed in the book include corruption, noble cause corruption and collective moral responsibility. The key ethical issues analysed include investigative independence, professional reporting, covert operations and integrity tests.